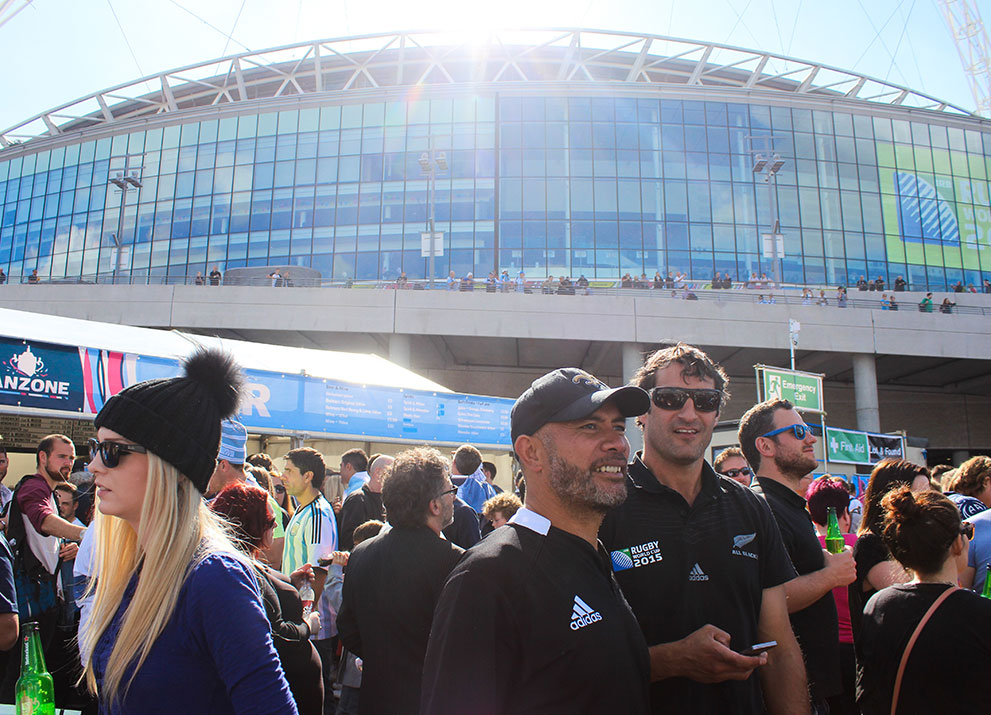 You may not have been lucky enough to get tickets for the Rugby World Cup, but fear not Peppermint are bringing you two free Fan zones in Brighton and Birmingham throughout September where you can enjoy all the games with a chilled beer in hand.

Located at Eastside Park, the fanzone will be free to enter and will be open from Friday the 18th September to the Sunday 27th. The fanzone will include a big screen showing live matches and other rugby content, as well as a rugby activity zone, fairground rides, covered viewing areas and a range of refreshment stalls- something for everyone.

It will also play host to organised invitational rugby sessions for local schools, rugby clubs, universities and businesses, plus women’s and girls’ groups, all of who will get the chance to be coached by the official England Rugby development coaches.

The official Rugby World Cup 2015 Fanzone will be located on Brighton beach, east of the Brighton Pier, during the first weekend of the Tournament when matches are being played in the city. With a capacity of 10,000, the Fanzone offers the chance to enjoy refreshments and soak up the Tournament atmosphere with friends, family and fellow fans. The  Fanzone will feature activities from Rugby World Cup 2015 sponsors and a big screen showing all the matches played during the first weekend of the Tournament. The Fanzone is free to enter and the opening times are:

The Fanzone is also perfectly placed to take in the cultural elements of the Tournament weekend celebrations which will take place on Madeira Drive, including the Costume Games…