No Glastonbury, so What’s the Alternative?

No Glastonbury, so What’s the Alternative? 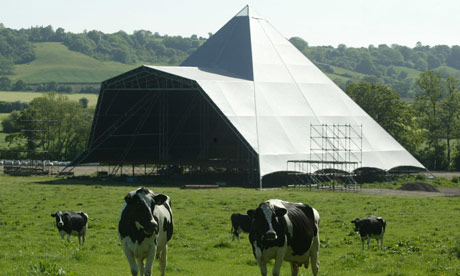 So as Glastonbury takes what some (particularly the local residents) would call a well earned break in 2012, others are looking at the summer calendar in sheer desperation at the prospect of missing their summer fix of that heady mix of the weird and wonderful in terms of the music and performance that the country’s biggest convergence provides. Well there is no point in staring at the website pages for the 2011 event and refreshing your browser every five minutes, the big event is not going to happen this year. It is time to plan what you can do instead. Whether your preference was for the John Peel Stage, The Acoustic Tent or the Dance Village stages (or all of the above) there is a bountiful summer selection of events which should go some way to filling the void during the months ahead.

So what are the alternatives? There is no doubt that there are plenty of promoters out there desperate to fill in the cataclysmic vacuum that the absence of the big festival leaves behind. But who will step up and provide the best combination of noise, camping and mud slides?

Here is a quick look at some of the preferences that are out there and being used to keep the entertainment junkies in check until the Glasto returns in 2013: 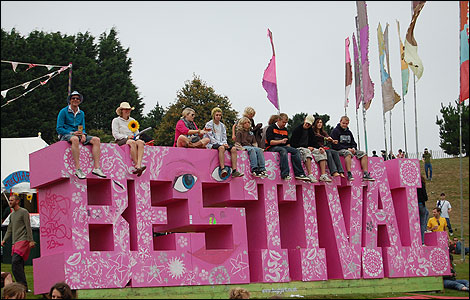 Bestival could prove to be the event that picks up most as a result of Glastonbury’s absence. The late summer/early autumn event on the Isle of White, which kicks off just after schools have gone back between Thursday 8th and Sunday 11th September plays host to some hot festival acts including Pendulum and Primal Scream. The event also boasts the world’s biggest fancy dress party with up to 40,000 expected to attend attired under the themes of Rock Stars, Pop Stars and Divas.

Perennial event, The Reading Festival, could also mop up some of the vagrant glasto goers form the summer streets during the final weekend (From Friday 26th to Sunday 28th) of August. The event has already filled its 87,000 capacity and is show casing some of the serious festival heavyweight acts including My Chemical Romance, The Strokes and Muse in and event which would serve to satisfy those who prefer the main stage of Glastonbury to the diversionary tents.

The Big Chill at Eastnor Castle from Thursday the 4th to Sunday the 7th of August will give some outlet to those who enjoyed the mixture of dance and entertainment provided at the Glastonbury gig. In addition to playing host to some of the biggest names on the festival circuit including Kanye West and The Chemical Brothers the event has an extensive arts programme which promises and eclectic mix from the fields of film, comedy, dance and cabaret. And for those who are confident enough to give it a go the festival also plays host to the Skate Ramp, provided by GreenpeaceHeathensk8 and Third Foot. This is an eco-friendly and challenging way to burn off the excesses of the night before as well as a way of entertaining your mates before you head out to do it all again. Catering to ensure the whole family gets something from the event there is even a Boutique Babysitting ‘mini festival’ which will allow the little ones to play in their own music studio, and set up in their own wardrobe, production and stage areas.

Another event which may well see its 90,000 capacity filled by those who normally would have held on until the main event of the summer is the V Festival in Chelsmford on Saturday 18th and Sunday 19th August. Although the acts are as yet unconfirmed the bill is sure to list some big name festival acts and in addition to its reasonably accessible location its timing is fairly central in August not clashing with many of the other main events of the summer.

If in doubt probably the best alternative is to find a venue close to your own doorstep with reasonably good pub insurance and ask the landlord if he wouldn’t mind cranking up the sound system to 11 and allowing you to sling a few tonnes of wet topsoil across his beer garden. Not very likely, but you never know.