How the Recession is Affecting Festivals

Having just missed out on what would’ve been an unprecedented triple-dip recession, The UK can now ready itself for a summer of festivities in the confidence that their money is there to be spent.

But what’s that? The price of festivals has been on a non-stop ascendancy over the years, even through the recession, and more and more are being established all over the country to support the sky-high demand for them. What gives? 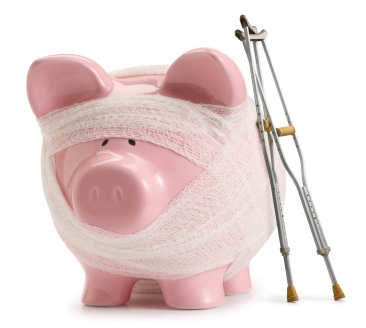 eing released that have outlined the increased prices of festivals.

A recent study has shown that 60% of young people will not be attending a festival this year due to the hefty price tag on them, with the average price for a British festival being £423(this including all the extra costs like food, tents, drinks and other essentials such as onesies).

On top of this, the average age of the festival goer in the UK is now 36, which could come as quite a shock with all the associations that festivals in the country have with youth culture and the idea of experiencing for the first time the thrill of witnessing your favourite band in a muddy field whilst off your face and revelling in the euphoria of post-exam ecstasy.

It’s no surprise the festival experience is becoming ever more alien to young people, with the prices of festivals soaring over the past decade; Glastonbury having gone up from £105 in 2003 to £205 this year and Reading and Leeds tickets going from £95 to £202.50 over the same period.

What’s more is that the average age of the festival headliner now is 39, with Mumford and Sons being the only festival headliner with a debut album released in the past 5 years (not to mention this being a band that don’t necessarily embody all the credentials of a youthful band). This brings up the question as to whether festivals are being tendered for the older folks or if acts nowadays just aren’t cutting the mustard.

To look at the situation in the grand scheme of things, the global crash that shook the world in 2008 left most forms of businesses on their knees and in need of a shift-around to compensate for the desire to save finances by their customers. But this was somewhat absent in the case of festivals.

Sean O’Meara, of Watch My Wallet, said: “While the economy has been in decline and people struggle with their finances, festivals have been consistently raising their prices year-on-year, normally by around £10 each time. When you add extortionate “handling” or “booking” fees, travel and expensive food and drink on site, festivals are quickly becoming as expensive as an all-inclusive holiday abroad in the sunshine.

“There are more and more festivals cropping up each year, which means there is more competition to get the big acts – and that often means having to fork out big payments, which are passed on to the festival-goer.”

With punters becoming more and more disheartened with the prices being charged, alternatives to the British festival experience are becoming more frequent among them, most of which include getting their bags packed and heading abroad, whether for another festival or for a holiday in the sun.

Mr O’Meara added: “Many of the music fans we polled admitted that they now look at European festivals as a real alternative to UK events. With cheap airfares and lower prices for accommodation and food in many European countries, it’s possible to enjoy a festival experience abroad with a little sightseeing thrown in, all for less than the cost of going to Reading Festival.”

The recent backlash to British music festivals is down to their excessive prices and it is fair to say that the recession itself has had little effect in dictating this, as people have simply become fed up with the prices that they are expected to pay. This turn in the tide against British festivals was also mostly foreseeable as the attendance has been declining over recent years and, with little having been changed this past year, it was bound to follow suit.

A survey by YouGov taken at the end of last year predicted a decline in attendance and put the reasons down to the costs and other factors like over-crowding and too much queuing.

In a separate report based on the impacts of the recession, YouGov found that 56% of UK adults said that the recess 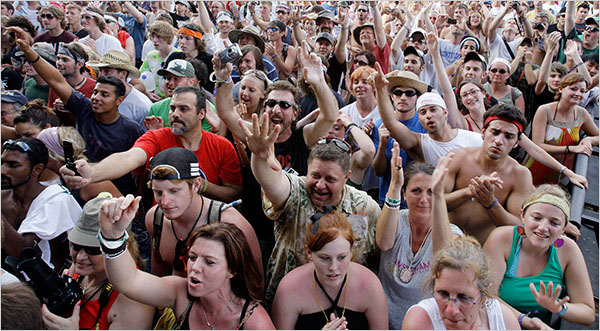 Commenting on the findings of the survey, YouGov research director James McCoy said: “Our study suggests there is declining interest in attending music festivals that tend to span more than one day. Part of this is due to people having less money to spend, but many of the festival-goers we surveyed were turned off by poor weather and long queues. In contrast, our research indicates that a majority of those who attend live music concerts are not put off by the recession, and will continue going to gigs in 2013. This could be down to the fact that a single gig is much less of a commitment, both in terms of time and money, than going to a festival.”

So it would appear that, whilst remaining impervious to the shattering effects the recession had on most businesses, British music festivals have shot themselves in the foot in the process by not adapting their festivals to the present time and instead increasing their prices and driving away gig-goers.

What do you think? Has the recession affected your desire to attend British festivals? Have you found an alternative or simply given up on attending them altogether?