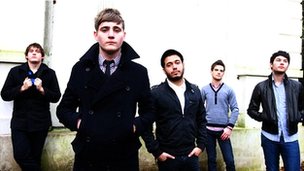 The ticketed show will be held on 25 May as Cardiff hosts the London 2012 Olympic torch relay.

Music concerts will be held around the UK in the build-up to the Games.

Organisers hope to bring music and celebration to all parts of the country with 66 nights of celebrations during the Olympic torch relay, which begins on 19 May at Land’s End and ends 70 days later on 27 July at the opening ceremony in the Olympic Stadium.

The event in Cardiff is one of four Special City Celebrations to feature leading musicians, with further large-scale, free concerts being held in Glasgow on 8 June, Leeds on 24 June and Birmingham on 30 June.

A finale concert will be held in London’s Hyde Park on 26 July – the day before the opening ceremony.

James Williams, director Olympic torch relay, Coca-Cola Northwest Europe & Nordics, which is sponsoring the concerts, said they were a ” fantastic opportunity to bring music and celebration to every corner of the UK as the Olympic flame progresses its journey”.

“We’re encouraging everyone in Wales to join in celebrating the Future Flames who have carried the Olympic flame through their communities by registering for tickets to their local events and the finale celebration concert in London’s Hyde Park,” he added.