London 2012 Festival on the BBC

A season of programmes celebrating Shakespeare, another on the host Olympic city, London; plus details of three of the biggest music events of next year – all hosted by the BBC – are just some of the highlights of the BBC’s contribution to the London 2012 Festival and the Cultural Olympiad.

It was also announced that multi-award-winning band Elbow will provide the soundtrack to the Olympic year on the BBC with a specially commissioned piece of music which will be used across BBC Olympic content in 2012.

Elbow lead singer Guy Garvey said: “We are knocked out to be involved and it’s been quite a challenge. We have feelings of real responsibility as we will be the soundtrack to so many images of personal sacrifice and endeavour while the nation roots for and celebrates with Team GB.”

The BBC has been working in partnership with Locog and a host of organisations and institutions to create and broadcast a range of programming to both complement and share London 2012 Festival and Cultural Olympiad content across the UK in 2012.

Mark Thompson, BBC Director General, said: “Coverage of the 2012 Olympic Games and the Cultural Olympiad represents the biggest single broadcast event in the BBC’s history. We want to bring this unique sporting and cultural celebration to every household in the land. We are incredibly excited not just about our plans but about the many close creative and cultural partnerships that have made them possible.”

The BBC will also host three of the biggest music events of 2012 BBC Proms, Radio 1 Hackney Weekend 2012 and Music Nation – all official London 2012 Festival events. Radio 1 Hackney Weekend 2012 will feature over 100 UK and international artists, bands and DJs performing in front of 100,000 music fans over two days, with Tinie Tempah and Florence & The Machine added to the bill today.

Radio 1, 1Xtra and BBC Learning will be partnering with a number of organisations to build a series of unique collaborations and a comprehensive programme of outreach work in the local area for the young people of East London in the run-up to the event. 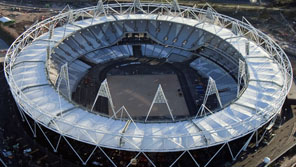 BBC Proms, the world’s largest classical music festival, will be part of the London 2012 Festival. The programme includes Daniel Barenboim leading the West Eastern Divan Orchestra in a performance of Beethoven’s Ninth, the culmination of his complete Beethoven symphony cycle, on the opening day of the Olympics.

Music Nation is an unprecedented collaboration of the UK’s orchestral and musicmaking community devised and led by the BBC, including performances by the six BBC Performing Groups. The weekend is the first nationwide countdown event to the London 2012 Festival, with over 50 live music events across the UK. BBC Radio 3 will broadcast live and specially recorded Music Nation content throughout the weekend.

There will also be extensive coverage of London 2012 Festival events on the BBC’s topical arts and cultural strands, including: The One Show; Imagine; Culture Show; Review Show; Front Row; Night Waves; and across the BBC’s nations and regions topical and news programmes on TV and radio.