What to do with The Olympic Stadium?

West Ham claim that moving to the Olympic Stadium will benefit their fans and help them become a major force in English football. This is undoubtedly a super-venue for England, but what do YOU think should happen to this events venue? Let us know in a comment below…

Last month the Championship club declared their renewed application to move from Upton Park after the collapse of their original attempt following legal challenges from Tottenham Hotspur and Leyton Orient.

The London Legacy Development Corporation (LLDC) reopened the bidding process, and West Ham have now applied for a 99-year lease of the Olympic stadium, which will be converted in to a 60,000-seater venue following the Games.

Vice-chairman Karren Brady said, “This is the best move for our fans and makes attending matches more affordable.”

Many West Ham supporters oppose the proposal because of the Olympic Park Legacy Company’s insistence the running-track is retained post-Games to provide an athletics legacy. 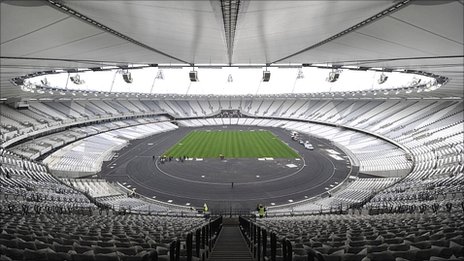 However, Brady claimed fan representatives who had seen detailed plans to move in 2014 were “100 per cent” behind the idea.

“All of them have agreed with what I have presented, there hasn’t been a single dissenting voice,” she said.

Brady believes moving into the Olympic stadium would bring about significantly reduced ticket prices, despite the substantial debt the club remains saddled with, and the financial shock of relegation last season.

“There is a chance to grow revenue and increase financial stability and is the only way for us to move to the next level,” said Brady.

“It’s a piece of history. It’s the only Olympic stadium in the UK and it will attract crowds.”

West Ham are one of four bidders for the Olympic Stadium with a decision on the successful ‘anchor concessionaires’ expected on May 21.

The club will share the stadium with athletics during the summer, and UK Athletics has publicly supported its bid.

The Stratford venue will host the World Athletics Championships in 2017.

After West Ham won the original contest to move to the stadium, Brady said retractable seating would be considered, but has not confirmed whether that remains the case due to strict confidentiality rules.

The club say they will only move to Stratford if it can be converted into a “world-class” football arena.

Marketing Director Tara Warren said: “It’s an opportunity we think is too good to miss and is the only way the club can really grow.

“This is the only way we can move to the next level. It will do that and improve our stability. 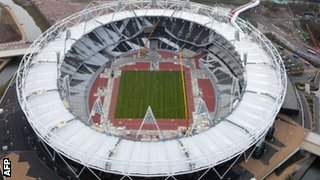 The Olympic Stadium will host the 2017 World Athletics Championships.

“It will improve our profile as a club on a global stage.

“There are many financial benefits associated with the move.

“We have twice the capacity for general admission, we have increased hospitality opportunities and we would benefit from the profile of this new fantastic stadium.”

Essex county cricket club and The University of East London have also tabled a joint bid.The two other candidates are unknown.

West Ham need permission from the Football League before any move away from their 108-year home, but are confident of receiving it, despite the continued objection of nearby Leyton Orient.