Time to grab your tickets for next year’s hottest festivals?

You’ve barely recovered from Bestival, you’re gearing up for the festive season, and next year’s Glastonbury has sold out already. If you’re not one of the lucky ones, there’s not much you can do about that until Spring, but fortunately plenty of other well-established festivals do have tickets on offer for 2014, many with early bird offers or payment plans available to the super keen.

We take a quick lookat a few possible alternatives with tickets currently available. 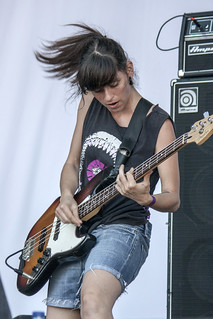 A friendly urban event with six outdoor stages, some on the beach, and a huge auditorium, this is the centrepiece of a massive Barcelona Spring party week. Confirmed live music includes Arcade Fire and Neutral Milk Hotel with more tba.

Prices are tiered, with 3-day arena tickets at 160 euros (around £135) until 7 January, or pay in instalments or check out their special festive bonus offer. You’ll need to arrange accommodation separately.

Denmark’s answer to Glasto is four-day international music and culture festival with warm up-events from 28 June. There are no acts confirmed yet but expect another impressive bill and the inimitable vibe of a huge forward-looking gathering.

T in the Park

Scotland’s rock-and-beer picnic outgrew the park and is now the second biggest festival in the UK. Its 21st will feature a varied bill (details tba) headed by Arctic Monkeys, with seven main stages, a big funfair, comedy tent, silent disco and charity and ‘kaleidoscope’ fields.

Some ‘Early Bird’ tickets were released last week, with a four night camping ticket on offer for £205 or secured with a £50 deposit.

£120.00 early-bird tickets include the four-day festival plus camping from 14 July so you can make it a week’s holiday.

If you prefer the quirkier Glasto fields, you’ll love this small family-friendly event near the sea. Comedy, theatre, cabaret, dance, poetry, literature and art are presented across ten arenas, the woods and a lake and there’s a full kids’ programme. Theme and bill tba.

Tickets are currently on offer at 2013 prices, eg £182.50 for weekend adult ticket with camping.

Don’t forget to budget for any extra travel, and book your transport early to make sure you get the best-timed journeys and take advantage of advance booking prices.