The Boom & Bust of UK Festivals

Source: Purple Revolver and Live 4 Ever

Has the UK fallen out of love with the festival boom? Or is the heartbeat from the main stage still pumping? Three festivals have cancelled recently due to lack of sales. Already this year Oxegen festival, The Big Chill and – last week – Sonisphere. But some say other reasons are behind the cancellations and that they are simply postponed due to a “tricky year” with London 2012.

In a statement Sonisphere explained that they were “unable to run the festival to a standard that both the artists and Sonisphere’s audience would rightly expect.”

For festivals to survive they really need to think about their theme, who their market is and book the right acts to sell it out. Example who performed at 26 festivals last year, said he thinks the recent “boom” in the UK’s festival industry has come to an end. The rapper said many festivals which have started in recent years are going under because of what he describes as the “amateur” way they’re being run. 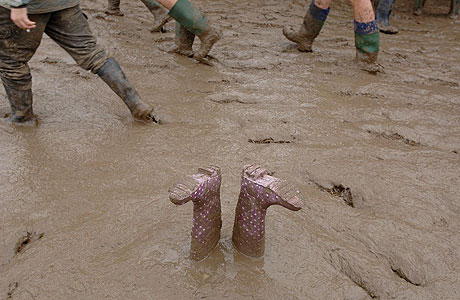 It’s not just some small or medium-sized events which have been forced to rethink in 2012.

While other established events experienced sluggish ticket sales in 2011, Example thinks the big names in the festival calendar will survive.

“The main ones will still be there,” he said. “Reading and Leeds struggled last year. I think maybe that’s because guitar music’s not as big as electronic music at the moment. Melvyn Benn, chief of the Reading / Leeds twin carnivals, has tried to make a start. “Money is tough, up and down the country, particularly for the Reading and Leeds audience, young people,” Benn told BBC 6Music. “So somehow and I genuinely haven’t worked out how I am going to do it, I’ve got this thing – and I am committing to it – that for each of the music days every weekend ticket holder will get a free beer and burger as part of their ticket price. I have no idea how I am going to make it work.”

“But for festivals, to survive, they just really need to think about their theme, who their market is and book the suitable acts to sell it out. “There’s still a demand for people to go to festivals even with the economy and the state that it’s in.”

It’s unlikely to make much of a difference in the face of ticket and goods prices, but is a small sign of the turning tide nonetheless.

There’s more good news for smaller UK festivals as well. Despite John Giddings’ comments, lower key events, many of which offer a variety of entertainment at more reasonable prices – such as Hop Farm, Live From Jodrell Bank, and the biggest success story of them all, Bestival – are going from strength to strength, showing the problem for the majors might not just be a change of income, but a change of attitude as well.

But hey, lets not get carried away just for the sake of column inches. The festival industry has survived 4 of the most testing years of deepest, darkest recession most of us have ever known and yet it’s still thriving, with hundreds of success stories. Natural progression is surely playing a part here.