Peter Hook & The Light will perform Joy Division’s ‘Unknown Pleasures’ in full with additional songs to be selected online by the crowd at the first ever crowdsourced international music festival. 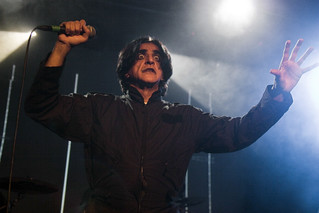 Alt-Fest, a new 50,000 capacity celebration of alternative music, art and culture, is the first music festival to be successfully backed on Kickstarter since the crowdfunding platform’s April 2009 launch.

The festival, set up by Club AntiChrist promoters Dominic and Missy Void, will take place on 5-17 August 2014 at in the beautiful wooded grounds of Boughton House in the Northamptonshire countryside.

The bill, also featuring Killing Joke, Fields of the Nephilim and Cradle of Filth was selected by poll via the promoters’ Facebook page and further headliners will be announced.

The process started in late 2012, with a Facebook poll asking festival fans what issues they had with current festivals, what they would like from an alternative and which bands they would like to see.

Funds raised by donation or ‘Dismembership’ fees at this stage were used to book around 30 of those bands, and with the £10,000 raised, a concept and a preliminary bill, a Kickstarter campaign was launched in early March.

During the 30 day funding period the festival raised twice it’s original £30,000 target, with £61,762 committed by 593 backers, all of whom received rewards ranging from a web-site thank you through £55 tickets to on-site five-star accommodation. 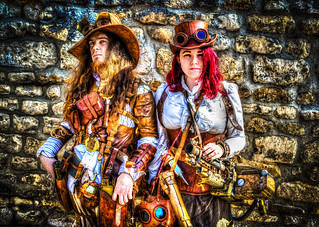 Families will be welcomed, with accompanied under-12s getting in free, a dedicated kids’ area, age-appropriate circus shows, family camping and even a crèche for tinies.

With even fan-centred events like All Tomorrows Parties appearing to struggle in an increasingly cash-strapped market, Alt-Fest is launching a new model – the truly punter-powered festival with ticket-holders and volunteers fully invested in all decisions.

Its unprecedented success suggests fans sick of bumped-up booking fees, food price-fixing and the same old acts are ready to create a real alternative, and organisers predict the current £70 or 2-for-£125 super early bird offer will sell out in days.
The festival supports ‘S.O.P.H.I.E’ (the Sophie Lancaster Foundation), a charity working to creating understanding and respect for subcultures in communities.